This morning of Saturday, January 23, 2021. Tunisia has witnessed riots and an exchange of violence with the police, on Habib Bourguiba Street in downtown Tunis. Following a peaceful demonstration, according to participants.

“The Right to Demonstrate is a Duty“, “No fear! No terrorize! The street belongs to the People“. etc and other slogans, shouted by those who were present. their demands were about the liberty of those who were arrested. 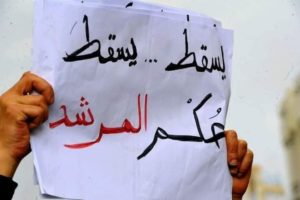 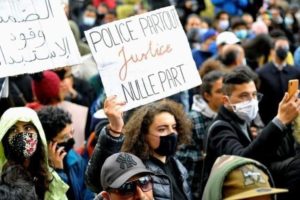 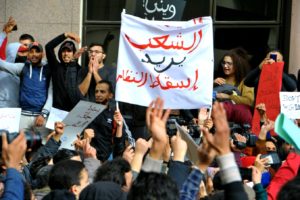 The recent movement witnessed at night in the inner neighborhoods of the capital Tunis, and some other states, during the 4-day quarantine decision.

The politicians considered what happened as illegal and unpeaceful demonstrations. Which the police arrested more than 250 demonstrators.

About which psychologists and sociologists have commented that the causes are the ones previously mentioned.

Political analysts also seeing that the real reasons revolve around the country’s economic situation, especially after 10 years of the Tunisian revolution.

Have all been passed without significant results for Tunisia. In addition to the resonant government rhetoric, that did not produce actual results for reform and change.

MABAPOST english is an online media platform created for the English speaker's audience in January 2022. We hope to meet the aspirations and expectations of our audience around the globe. Our site is currently available in Arabic and French. We seek, through this media platform, to respect the editorial charter of the e-magazine, and to be a credible media source far from spreading rumors and false news.
©All rights reserved 2022 - MABAPOST english
Manage Cookie Consent
To provide the best experiences, we use technologies such as cookies to store and/or access device information.

Consenting to these technologies will allow us to process data such as browsing behaviour or unique IDs on this site.